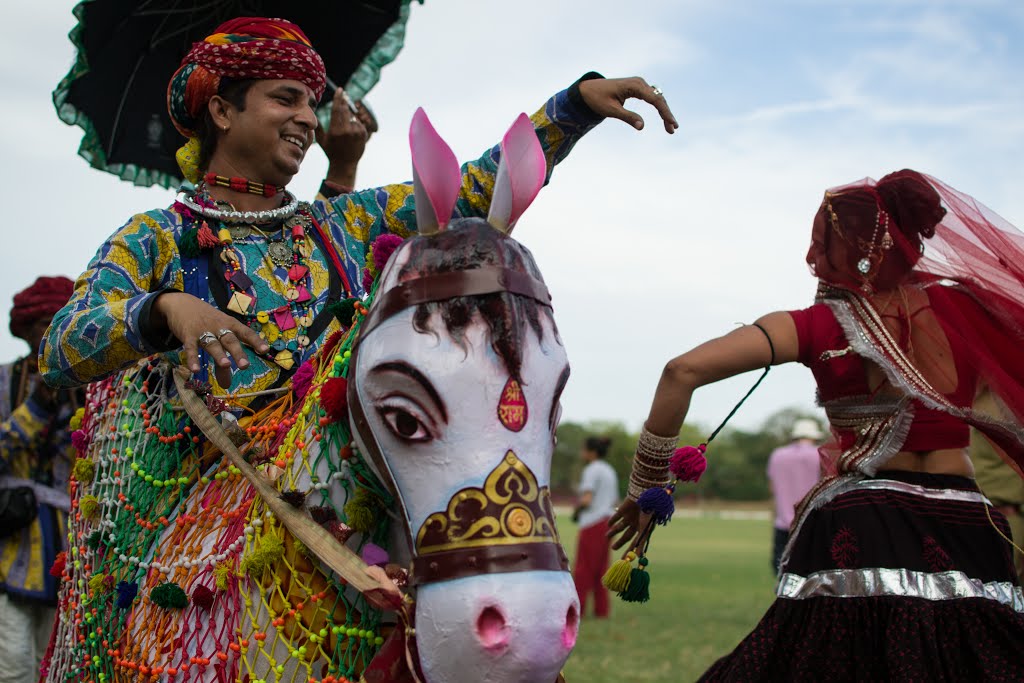 The vast unending expanse of burning hot sand that makes up the Thar Desert of Rajasthan hosts one of the most vibrant and evocative music cultures of the world. The heady, hypnotic combination of rhythm and melodies sung and played by the Langas and Manganiars are part of the eternal appeal of this mysterious and wondrous land.

Soulful, full throated voices of these two music communities have filled the cool air of the desert night for centuries in a tradition. That reflects all aspects of Rajasthani life. Songs for every occasion, mood and moment. Stories of legendary battles, heroes and lovers engender a spirit of identity, expressed through music. That provides relief from the inhospitable land of heat and dust storms.

RYTHMS OF RAJASTHAN ensemble is an embodiment and amalgamation of all above in present times. Their rustic melodies and beats are heart touching and refreshingly energising.

Rajasthan is a land of rustic melodies and soulful beats. To give a fulfilled expression to their  folk music there are various forms of folk dances that emerged to compliment the melodies.

We will present 3 forms of Rajasthani Folk Dance performances :

Kalbeliya is a nomadic community who sometimes introduces themselves as Naath, Jogi, Sapere and Sadhu. Their family business is to catch snakes. This comes in handy as they showcase a number of tricks using these snakes. While giving spectacular shows in nearby villages and qasbas and at their Jajmaan’s place and thus earn livelihood for themselves. As the time changed they have made permanent lodgings outside the cities.

The women of this community are expert in singing and dancing. In olden times the women use to sing and dance only on special occasions such as weddings, festivals etc. in their very own distinct style. As times changed these women started performing stage shows around the whole world. And with it changed their dancing style as well as their attires. Their swaying dresses, made up of colourful beads give a distinct identity to the women of Kalbeliya community. What makes this attractive dress more interesting is that it is made by the Kalbeliya women themselves. A very interesting fact about them is that they never teach the folk arts to their children. They gain expertise in singing and dancing by watching the elders doing it at home.

Bhavai is a genre of folk dance popular in Rajasthan state in western India. The male or female performers balance a number of earthen pots or brass pitchers as they dance nimbly, pirouetting. And then swaying with the soles of their feet perched on the top of a glass, on the edge of the sword or on the rim of a brass thali (plate) during the performance. The accompaniment to the dance  provided by the male performers singing melodious songs and playing a number of musical instruments, which include pakhwaja, dholak, jhanjhar, sarangi, and harmonium.

Traditionally, this genre of dance performs by the female performers belonging to the Jat, Bhil, Raigar, Meena, Kumhar, and Kalbelia communities of Rajasthan. It is assumed that this genre of dance was evolved from the exceptional balancing skills of the females of these communities developed to carry a number of pots of water on head over a long distance in the desert.

Kachhi Ghodi performs for the entertainment of bridegroom’s party. Dancers adorn the elaborate costumes giving the effect as if riding on a dummy horse. Shekhawati region is the originating area of this dance form.

Born in France, Marie-Aude now travels the world to dance, teach and learn.

She started her dancing life with the dances of the Orient and of the Gypsy and rounded her education by taking ballet, experimental such as Butoh and Dance Theatre and modern dance classes and performed with the Raum B dance company in Germany.

With this contemporary dance language in her body, she returned to the path of traditional dances, feeling that, in its cultural forms, dance was as much the expression of human movement as a reflection of the dancer’s environment and life.

She gave up her settled stable life to go on a nomadic journey without return: to meet the world, its inhabitants and dances.

Without betraying traditions, she manages to carry folk dances beyond their cultural borders to give them a more universal appeal but keeps alive the humanity and spontaneity which characterises them.

Rajasthan is a land of vivid bright colours which is evident in the traditional attires as well as modern fusion Rajasthani attire.

Its hand block prints, tie & dyes, hand embroidered, and sequined fabrics are famous all over the world.

A Fashion show with models adorned in traditional and modern Rajasthani attire will be presented which will be a colourful & mesmerising sight for all. The dresses and costumes will portray the various fabrics, prints, embroideries and colours that are distinctively characteristic of Rajasthan.

Rajasthan is also famous for its amazing ornaments. From ancient times, Rajasthani people have been wearing jewelry of various metals and materials. Traditionally, women wore Gems-studded gold and silver ornaments. Models display these jewelleries in the Rajasthani Fashion Ramp Walk.

Radhe Krishna paintings are quite prominent in Rajasthani paintings. Rajasthani paintings started around 16th – 19th century in western India. Ever wondered how the Rajput kings and queens looked like and what cutlery they used during their elaborate dining. Rajasthan paintings are also known as Rajput paintings and they are quite famous for the miniature paintings. The Bani-Thani paintings/ Ragini made of plywood and vegetable colour is quite popular worldwide. These  paintings made with attractive emboss work at the border using fabric pearl colors & water proof solution of Papier Mache for the antique look.

Rajasthani paintings tell us a lot of tales from the epics ” The Ramayana” and “Mahabharata”. Stories of love and affection of Radhe Krishna are shown in a number of paintings. You can also see a simple life of the Rajasthanis portrayed in these beautiful traditional Rajasthani paintings.

Sponsorship is the acquisition of partners for your event or conference. It conducted mostly on the phone & involves... 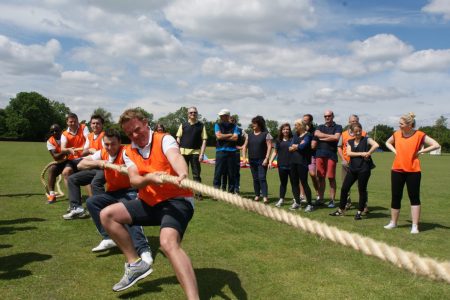 Why your Company Needs a Sports Day? Sport is a powerful medium that can bring corporate employees together as a tight-...